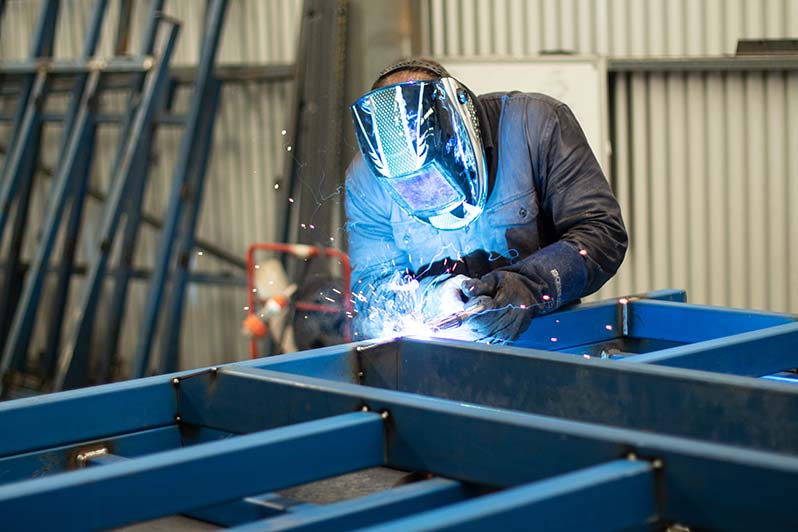 When you’re looking into buying a trailer in Adelaide, it is important to understand the difference between trailers that can genuinely boast the label ‘Australian Made’ and those that can’t.

Once you start looking more closely at the Australian trailer market, you will find (often buried in the fine print) that some resellers’ trailers are actually only assembled in Australia, rather than being manufactured here. In essence, what this means is that their trailers are simply bolted together here using parts that are imported, most commonly from China. Unfortunately, some of these resellers will misleadingly still claim that they are selling Australian trailers, when in reality this isn’t the case.

So why does this matter? Aside from the economic benefits that accrue to us all when manufacturing jobs are located in Adelaide, and local manufacturers use associated Australian supply chains, there is also the question of the quality of the finished product.

How can you tell the difference between a trailer made in Australia and one that is simply assembled here?

It might not always be straightforward to tell from a reseller’s website whether they are advertising a trailer that is genuinely made in Australia or one that is assembled here from components that are imported from overseas. Although most Adelaide trailer sellers will be upfront about how and where their trailers are made, some are, unfortunately, less scrupulous and will claim that they have manufactured a trailer when in reality all they have done is put it together.

However, there are some key questions that you can ask, and things to look out for, that will give you an indication as to a trailer’s true origins, and how and where it was manufactured.

How is the drawbar connected to the trailer chassis?

Rather than being welded on to the trailer chassis, a trailer made from imported components will likely have a drawbar that is bolted on, which will not be as secure. This naturally has an impact on durability and reliability, not to mention safety, as if the drawbar’s structural integrity is in any way compromised there is a risk of the trailer and drawbar becoming separated while you are towing, which is potentially very dangerous.

Hangers are integral to the efficiency of a trailer’s suspension, as they connect the leaf springs to the chassis. Ideally, these should be welded into place, but with an imported trailer they will likely be bolted on (this is done so that they can be shipped in bulk in containers from overseas). This will affect the smoothness of the ride and the overall performance of the suspension.

Look carefully at the galvanising

The finish on an imported trailer will usually be of an inferior quality, and will look different to galvanising that is done in Australia. Ultimately, it will not provide the same levels of protection, and this means that the trailer will not have as long an operating life as it should, and that its structural integrity is at risk.

Another way to tell where the galvanising has been done is the price. It costs significantly more to hot dip galvanise a trailer in Australia than it does in China or elsewhere overseas, and so if you see one advertised at what looks like a bargain price, this will likely mean that the chassis of the trailer has been neither manufactured nor galvanised in Australia.

A further indication that a trailer has been brought in from overseas is that some of the welds have had to be re-welded, or have clearly been added after the trailer has been galvanised, and are then painted over with cold galvanising.

How deep is the checker plate?

We use high quality 2.1 mm checker plate on our trailers. However, imported trailers will usually feature a checker plate that is not as deep or as thick as this, and so this is always a key indicator as to a trailer’s origins.

At Basic Trailers, we are proud of the fact that we manufacture high quality trailers at our workshop in Holden Hill using parts and components sourced directly from suppliers in Adelaide and across Australia.

The Benefits of a Hard Working Mower Trailer

How to Stop Your Trailer Being Stolen

What Is Trailer Sway and How Do You Prevent It?

The Benefits of a Hard Working Mower Trailer

How to Stop Your Trailer Being Stolen

What Is Trailer Sway and How Do You Prevent It?

Single-axle or Tandem Trailer - What Do I Need

How to Reverse a Trailer

Get the Right Trailer Suspension for a Smoother Ride